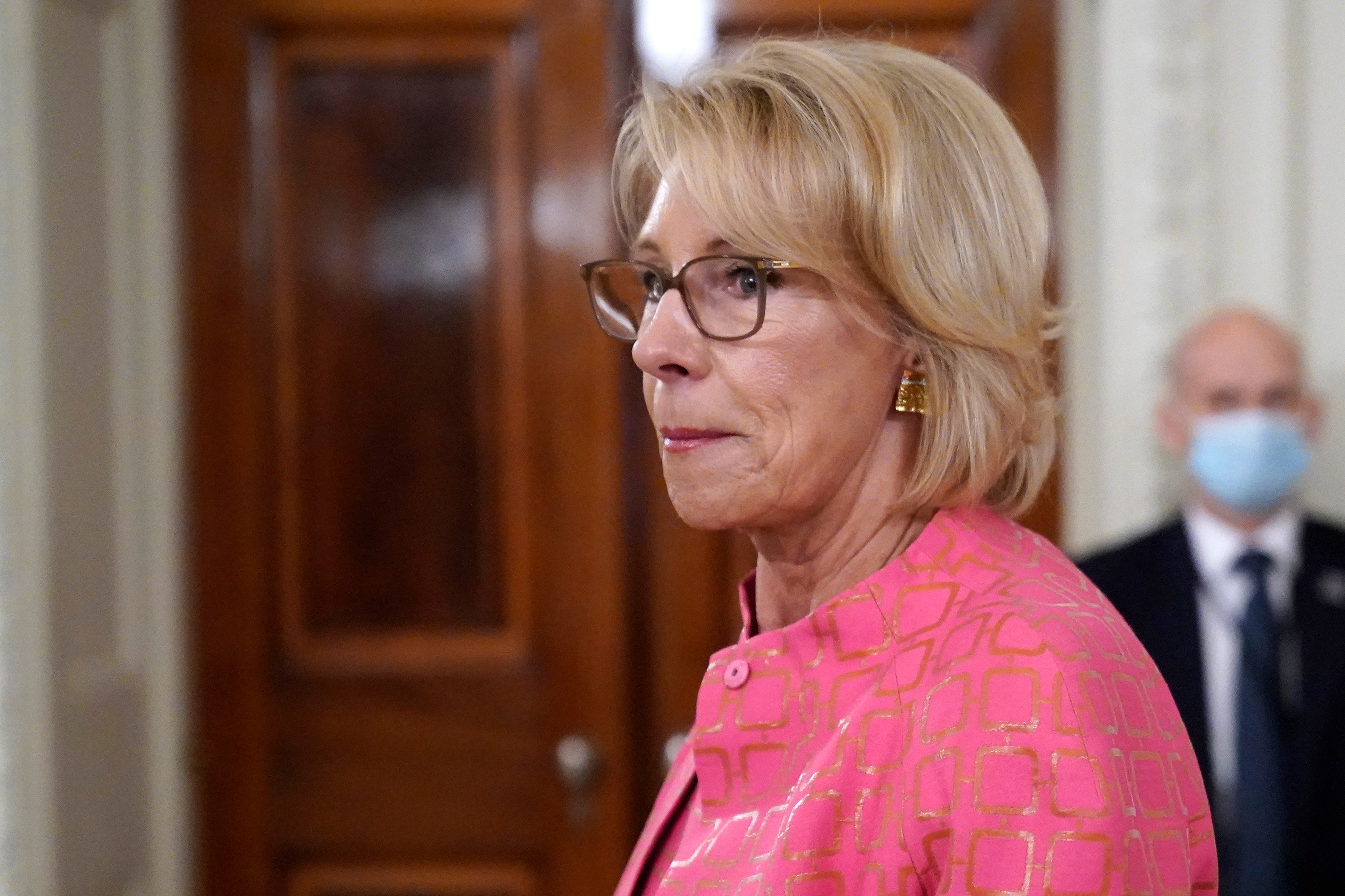 The Office of the Special Counsel has started investigating Education Secretary Betsy DeVos for potentially violating the Hatch Act for her comments during an interview with FOX News’ Martha MacCallum, according to Politico.

During the interview on “The Story”, Devos had been asked about Biden’s promise to roll back her school choice policies.

The interview was then promoted through the official channels of the Department of Education, according to an email shared by the outlet.

EDUCATION SECRETARY DEVOS WARNS ABOUT WAVE OF PRIVATE SCHOOL CLOSINGS: ‘THAT’S A CRISIS IN THE MAKING’

The complaint, shared by Politico, alleges that Devos’ comment “attacked Democratic Presidential Candidate Vice President Joe Biden and his education proposals in a way that went far beyond policy differences.”

“These individual acts are each unique violations of the Hatch Act, which forbids federal employees and cabinet officials such as Secretary DeVos from using their official authority or influence for the purpose of interfering with or affecting the results of an election,” the complaint states.

In addition, the complaint calls Devos’ characterization of Biden a “personal political attack.”

An OSC spokesperson told FOX News that the office “generally cannot comment on or confirm the status of Hatch Act investigations.”

A spokesperson for the Department of Education did not immediately return FOX News’ request for comment.

The Office of Special Counsel is an independent agency tasked with investigating the Hatch Act, which “prohibits federal employees from engaging in political activity while on duty or in a federal room or building.” The office is not affiliated with special counsel Robert Mueller‘s prior investigation of Russian interference in the 2016 election.

The Trump administration has faced multiple accusations of Hatch Act violations, most recently their use of the White House South Lawn and Rose Garden for the Republican National Convention. The agency noted, however, that the law does not apply to the President or Vice President and that the use of both areas do not violate the act.

A federal employee who violates the Hatch Act is subject to a range of disciplinary actions, including removal from federal service, a reduction in grade, or the employee’s salary, debarment from federal service for a period of up to 5 years, suspension, letter of reprimand, or a civil penalty not to exceed $1,000.