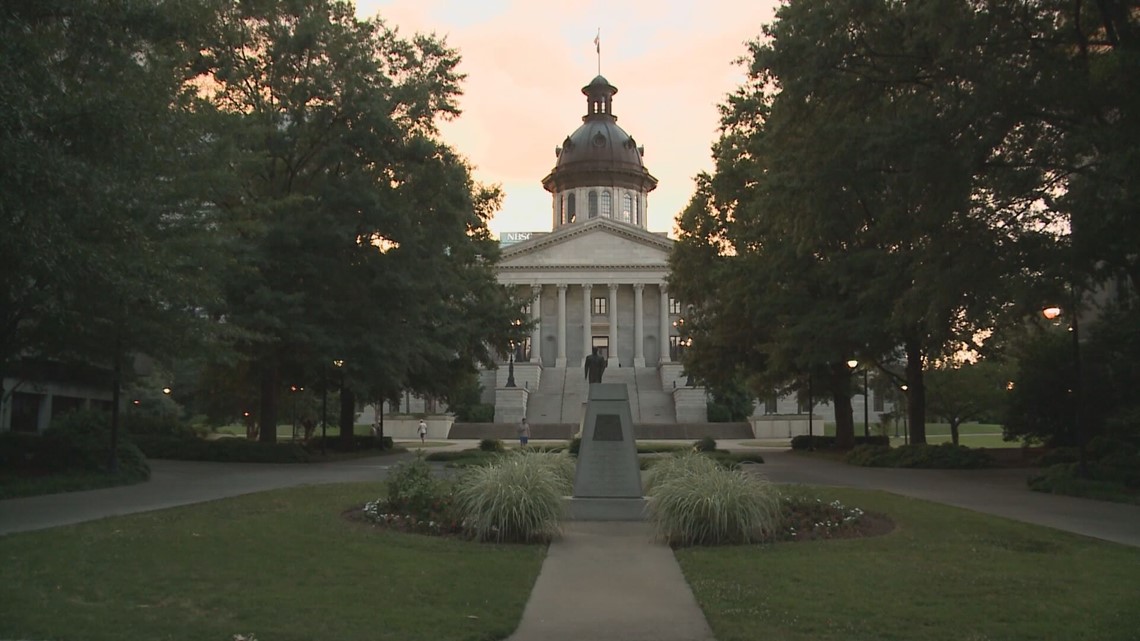 Both the Senate and the House passed phase 2 of CARES Act funding.

COLUMBIA, S.C. — The South Carolina General Assembly agreed Wednesday on how they would spend hundreds of millions of dollars from phase two of CARES Act funding. That bill now goes to the governor’s desk for his signature.

State lawmakers have moved forward with the authorization of funds for the second phase of the CARES Act, focusing the money to rebuild the unemployment trust fund as well as COVID-19 testing and related costs, and helping small businesses.

Senator Thomas Alexander said both sides of the aisle realize this pandemic has hurt many financially.

“This is making sure we do what we can to help those who are unemployed and to help businesses and industries as well,” Alexander said.

Also a topic of discussion within the chamber is voting and the upcoming November election. A federal judge has eliminated the witness signature requirement for mail-in ballots.

The State Republican Party is appealing that ruling.  Alexander did not comment on the pending litigation.

“We are hoping people don’t mess up their ballots and send them in without a signature just to be called out on it and be disqualified,” Rutherford said.

Senator Mike Fanning said he is worried about what this could mean moving forward.

“We offered an amendment on the senate floor two weeks ago that would have eliminated the witness requirement, that amendment was voted down, so we were thrilled to see the judge did the same thing the judge did in the primary,” Fanning said.

The State Republican Party’s appeal of the witness signature ruling will have to be heard by a higher court.

Also at the Statehouse, teacher salary increases are on hold at least until January 2021, and that isn’t sitting well with some educators.

Teachers have earned step increases. If you can’t/won’t pay us our WORTH, pay us what we have EARNED…or you’ll see many of us leaving the profession. #WeTeachWeVote #SCforEd https://t.co/pY9wKZtXUc

On Wednesday South Carolina teachers and advocates with SC for Ed organized a teacher step out to push lawmakers to pass the state budget, which would free up those funds and allow for a possible increase.

SC for Ed board member and teacher Nicole Walker said today was about advocating for education. The organization encouraging teachers take a personal day for their stand up and step out virtual event.

“We asked teachers to spend the day talking with their house members about the possibility of passing the budget for the year that was paused because of COVID-19,” Walker said.

We had an exciting day advocating with teachers from around the state. Thanks to everyone who took time today to speak to their legislators, Governor McMaster & the media. Every time we can educate others on what our profession does, it’s a win for us all. #standupandstepoutSC pic.twitter.com/iCUhaQyPRV

This comes after the senate proposed a budget bill last week which included $50 million of state aid to classrooms. Those funds would help school districts offer regular step increases for teacher salaries.

But the house did not approve the senate’s budget bill and until a state budget is passed, those funds that give teachers salary increases are frozen.

“Unfortunately, they are going to have to bear with us and we know they are upset,” Rutherford said. “You have so many people that are pulling from a pot of money that simply is not there, and that’s the short answer, that does not mean that we should ignore teachers or students.”

“I have the utmost respect for teachers and the challenges they face every day in the classroom. Like most of society, this pandemic has made their lives even more difficult. The teacher step increase is a state promise and I for one am committed to fulfilling that obligation. As budget writers, our number one priority is prudent management of the state’s finances. If we find our economy has remained stable when the General Assembly returns in January, I will prioritize fully funding the teacher step increases.”

Meanwhile Walker said she hopes teachers were heard but also worries about the future of education.

“The more teachers we lose in the state, the more virtual school is going to have to pick up for that loss,” Walker said.