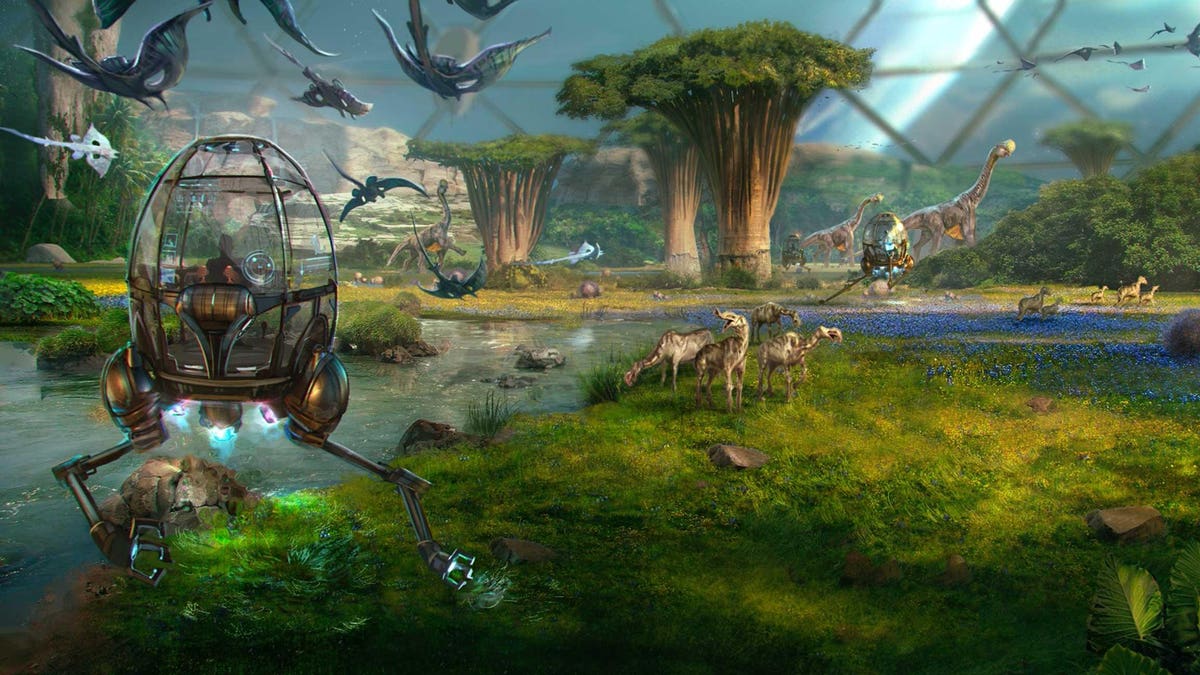 Last week, Dreamscape Immersive announced the creation of Dreamscape Learn, an VR education platform now in development with Arizona State University. Over one hundred fifty designers, coders, and educators will work collaboratively to create immersive learning curricula on the Tempe campus. The first course, an entirely immersive approach to introductory biology, takes place inside of Dreamscape’s signature VR adventure Alien Zoo, which will serve as a virtual laboratory for students to explore, observe and solve problems. Michael Crow, President of ASU, said “Dreamscape Learn will take education into the 21st Century, where students become scientists working within pods in an Alien Zoo to study evolutionary biology.”

Dreamscape Learn is expected to be available to students in 2021 with rapid expansion into other subjects by 2022. “Education is not a new direction for us. They’re in the founding DNA of the company,” said Parkes, “This is what Artamin, our Swiss Technology partner, was doing before they met us.”

Concurrently, Dreamscape has scored a multi-million dollar training contract from government agencies within the Defense and Intelligence sectors that was brokered by In-Q-Tel, one of Dreamscape’s early investors.  In-Q-Tel, a venture capital company that invests in companies with tech and capabilities that benefit national security, also connected Dreamscape with Beacon Global Strategies, a DC firm which specializes in go-to-market strategies for defense contracting. Dave Wajsgras, a former Raytheon executive, joined Dreamscape’s Board of Directors to help the company navigate this complex and lucrative world of defense contracting. “The US department of defense is aggressively increasing spending on synthetic digital training which prepares personnel for real-life situations,” said Dave Wajsgras. “Dreamscape can convince you you’re in the fight of your life.”

“We’re excited about the various applications of the Dreamscape platform and believe they are the right partner to help the national security community navigate the frontier of virtual reality.” said Chistopher Darby, President and CEO of In-Q-Tel. The defense department is ramping up its spending on VR. The US Army awarded Microsoft with a $480 M contract last year to use its HoloLens augmented reality lenses for battlefield applications. BSim is a Florida-based simulation and mapping company that uses VR to train the British Military. ZDNet recently noted that the AR/VR defense market will be worth $1.79 billion by 2025.

“This really is a big deal in the world of defense contracting, and is the result  of us having set our sights on enterprise applications of our tech and capabilities from day one,” Parkes said. “It really does differentiate us from location based VR companies who are trying to pivot in response to COVID, or are having trouble surviving.” Other location-based companies like The Void and SandboxVR, which filed for bankruptcy in August, are saddled with expensive leases.

Dreamscape was founded by Hollywood producers Kevin Wall (Live Aid) and Walter Parkes (Gladiator, Men in Black) in 2016 when they joined forces with Swiss VR simulation technology company Artamin. They saw in Artamin’s unique Inverse Kinematics, which the company was developing for medical applications, as a unique way to deliver VR experiences in public. Alien Zoo was Dreamscape’s debut experience in 2018 and it met with considerable critical acclaim. The company has raised over $65 M in four rounds of strategic and venture capital financing which includes a round led by the AMC theater chain. Other investors include IMAX, Hollywood studios Disney, Warner Bros., and Viacom, and luminaries like Steven Spielberg and Oscar winning composer Hans Zimmer. Dreamscape CEO Bruce Vaughn was the former Chief Creative Officer of Disney Imagineering, where he was responsible for Shanghai Disneyland.