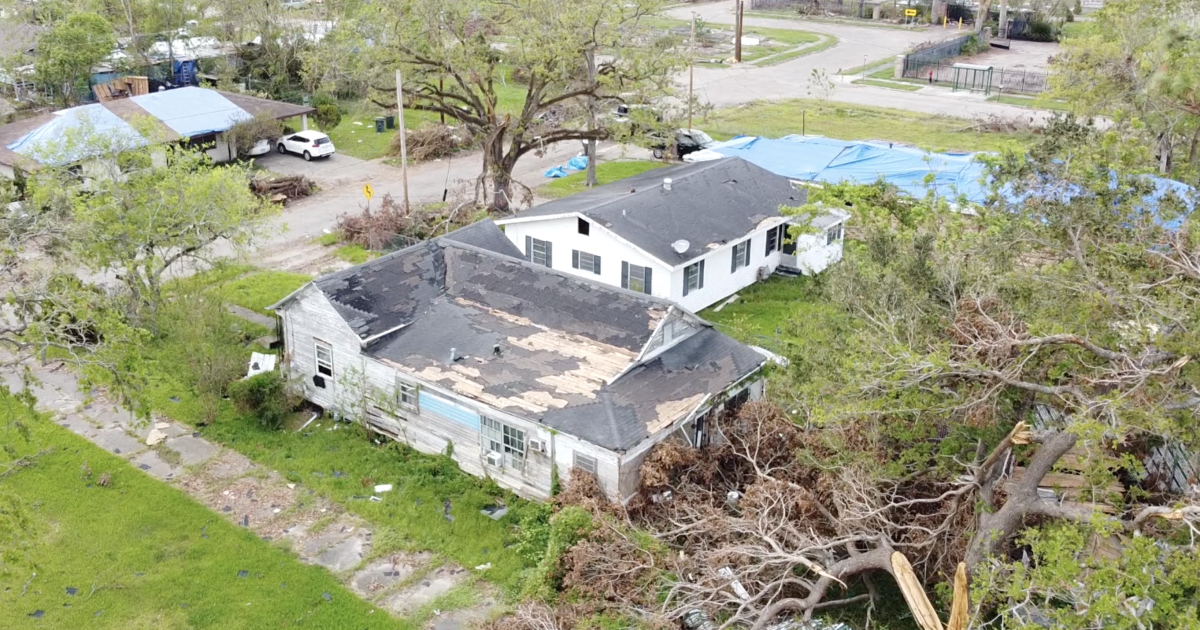 This time of year, her three kids would normally be back at school. Because of Laura, they’re back at home.

“I don’t really like it. I’m basically at the house the entire time, all the time. I don’t really go anywhere,” her tenth grader, Benjamin Day said.

Lake Charles, and much of western Louisiana, was hit hard by Hurricane Laura. The 150mph winds ripped roofs off homes and displaced thousands of people. It also took out the internet.

“Online learning is a little bit difficult without internet, however,” said Karl Bruchhaus, the Superintendent of Calcasieu Parish School District.

He says all but two of the district’s 76 buildings were damaged in the storm. While buildings are being repaired to the tune of $200-$300 million, he’d like for the district to open virtually by the end of the month.

Whether schools or students have internet by then is up in the air.

“We’re going to offer it. We’re not going to mandate it and we certainly can’t hold people accountable for something they can’t get to,” Bruchhaus said.

“3,000 or so of our students. In this situation, with our internet being down parish wide, you know, of course it’s much greater than that,” said Bruchhaus.

The word device includes cell phones. Imagine how hard it would be to submit homework on a phone.

Day says she’s in a tough spot, but knows there are many families in worse positions than hers.

“A lot of people don’t have internet. It’s worrisome just for me overall that we still have such a huge line in the sand of haves and have nots. Even in this little tiny town,” she said.

Just a few miles north, Courtland Williams and his friends from Grambling State University are volunteering time and supplies to help the recovery. Courtland grew up in Lake Charles, he knows the challenges kids are facing.

He’s worried about old books and broken supplies carrying over to the new digital classroom.

“While I acknowledge opportunities in homes, may very from home to home, based on a family’s personal information, the truth is, our schools who have more, low socio-economic students qualify for more services from the feds and actually get more title money than other schools,” Bruchhaus said.

He says that translates to more devices in schools like those that Courtland attended. But that doesn’t mean those students are set up with those devices at home.

It’s a challenge for the district and the community, a community that both Day and Courtland say will help each other out to get through a pandemic and a hurricane.

“You have to depend on, that never that maybe you never met before, cause they’re going through the same thing you are. What can you do to help. What can I do to help someone else,” said Day.