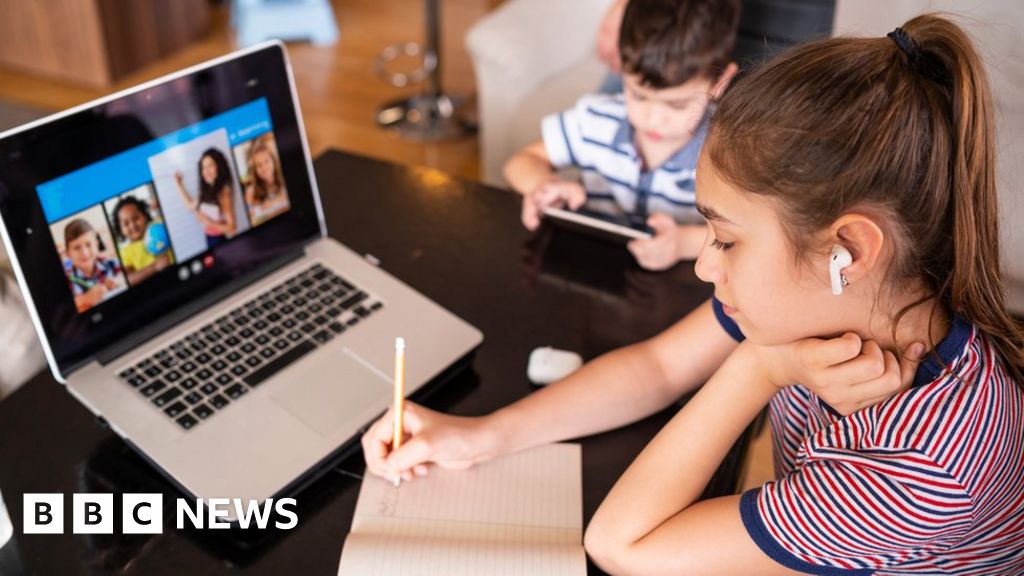 Wales did well in making sure the poorest pupils had laptops during lockdown but home learning hours were amongst the lowest in the UK, a new study has found.

Education Policy Institute analysis concluded support for children with additional learning needs was insufficient in all parts of the UK.

Disadvantaged pupils lost out most where there were delays and poor decisions, the report said.

But some pupils are having to learn at home again while they self-isolate due to coronavirus cases in their schools.

The Nuffield Foundation-funded study compared the support for education across Wales, Scotland, England and Northern Ireland during the height of the pandemic.

Schools in Wales closed in March with some remaining open for key workers and vulnerable children.

According to the report, only 4% of Wales’ vulnerable pupils attended school during this period – more than in Northern Ireland but lower than the 6.7% in England.

It said there were big differences in the amount of time out of school across the four UK nations because of varying school holiday and term dates.

This ranged from 14 weeks in England, around 13 weeks in Wales, 12 weeks in Northern Ireland and up to 11 weeks were lost in Scotland.

A rapid provision of laptops and internet routers to poorer pupils in Wales is described as “commendable”, and was due to established local structures, the report said.

Welsh school pupils who did not have their own internet-connected devices were provided with school laptops and 4G mobile wi-fi under a £3m scheme.

But Wales lagged behind in home learning – only 15% or less of Welsh pupils learned for four or more hours per day, compared to around a quarter in London and the south-east of England.

Wales was the only part of the UK where legal duties to provide for pupils with special educational needs were not weakened, but the report found that support for these pupils was “insufficient across all UK nations”.

Executive chairman of the Education Policy Institute David Laws said: “Whether it’s rolling out equipment for home learning or offering financial support to disadvantaged families, the most successful policies were those that relied on existing infrastructure and expertise, rather than hastily created, unproven delivery models.

“Devolution also played an important role, given that support delivered at a local level in close partnership with schools seems to have been more effective.

“The education systems of all four UK nations will be tested once again over the next few months.”

He said because teaching time had already been lost this year, governments could not afford “any more costly policy errors”, saying they “must follow the evidence on what is proven to work”.

Parents gave a mixed picture of their experiences of learning under lockdown.

Eithne Hughes, director of the Association of School and College Leaders Cymru said: “t is quite a challenge to provide remote education in addition to delivering classroom teaching, but schools are nevertheless doing their very best on this front.

“They have learned a lot from the experience of lockdown and we are now in a much better place than we were back in March.”