The major cause of that shock was what Benjamin Green, in a paper presented to a 2019 conference in Manchester on China and higher education, called “rational chaos”. This can be briefly defined as institutional disarray within a bureaucratic organisation. I completely agree with the observation of Green, who is currently an adjunct faculty member in the department of English and international relations at the China Foreign Affairs University in Beijing, that this is a core feature of the governance of Chinese higher education and that it affects many corners of institutional life. Here I will draw on my own experience to describe how this plays out in practice, how strange it seems to foreign and jingwai scholars, and how it affects individuals personally and emotionally, before offering some brief suggestions for improvement. 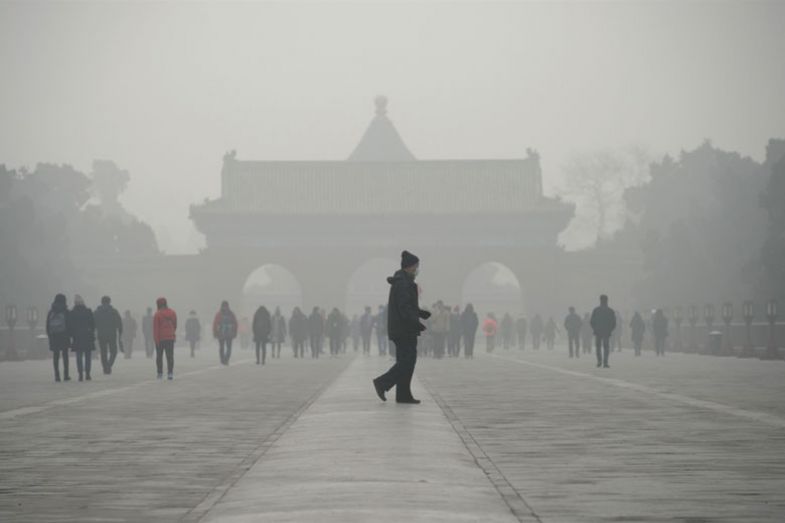 I work in a faculty with 11 academic departments, 15 research centres, eight administrative offices and five committees. To manage these units, the faculty has developed a bureaucratic administrative system, so I expected there to be clear policies spelling out tasks and procedures when I joined. However, I immediately found that this was not the case. There were policies, but they were characterised by vagueness and ambiguity, key features of Chinese law that Peter Howard Corne identified in a 2002 article in The American Journal of Comparative Law.

These qualities were exemplified in two different ways. Sometimes, I would obtain a policy document from the university website, staff ePortal or colleagues, only to find that the document was out of date. On other occasions, I would ask colleagues how to perform a task in accordance with university policies, only to be given conflicting answers or to hear that they did not know even though they had worked there for many years.

A good example is my experience of applying for conference leave. Because I was a new staff member, I searched for information on the university website and staff ePortal, but I found nothing useful there. Colleagues told me that it was very complicated and that I should look for Ms X, the executive assistant of my department. But she said the person responsible was Ms Y in the faculty’s external affairs office. When I went to Ms Y’s office, she explained that there were two ordinary types of application procedures – one for local staff, another for foreign staff – but that neither was applicable to me because I was jingwai. Since she had never processed a jingwai staff member’s application for conference leave, she was unsure of the details.

Another administrative staff member overheard our conversation and advised me to consult Professor Z, who is also from Hong Kong and had put in similar applications. The latter counselled me to write a covering letter explaining the purpose of the application and submit it together with all necessary supporting documents to the university’s external affairs office.

Ms Y confirmed that this was correct, so I set to work. But just as I was about to submit my application the following day, I received a WeChat message from Ms Y telling me that there was a new procedure for leave applications from jingwai academics that I would have to follow. I gave a silent scream as I realised that the new procedure was completely different from Professor Z’s instructions. I had to start over and prepare everything again. I eventually managed to successfully submit the application, but it had been a whole week since I had begun searching for the information.

After working at the university for about eight months, I came to understand that such vague and ambiguous policies were related to the administrative practice of learning by doing.

Administrators review and amend everything whenever necessary, so it is possible for a policy document to be revised several times over a short period. In fact, within a single month, I received several versions of a document asking academic staff to submit their course outlines to the faculty, each of which had slightly different requirements. Unsure which to follow, I consulted a colleague, who recommended that I take no action because a new version might emerge. The faculty would tell everyone the exact requirements at the last minute, so I should wait until then.

This is not to say that the administrators were authoritarian. On the contrary, they would consult academic staff during the process of initiating, reviewing and amending policies. Sometimes, I was invited to join the consultation meetings because I was responsible for coordinating academic and internationalisation affairs in my department. Administrators would carefully listen to the opinions of staff, including critical comments, and then revise their original plans to address the concerns raised. However, many staff members, especially international and jingwai staff, were excluded from any consultations and often remained confused about what was happening if they did not proactively ask.

Rational chaos left me emotionally exhausted, anxious and stressed. And while working in Hong Kong institutions had been stressful, the nature of the stress was different. In Hong Kong, heavy workloads eroded my leisure time, but I could schedule tasks and systematically complete them one by one. In China, work stress comes from uncertainty: I know that I have to abide by formal rules, but I never know what they are. I get exhausted seeking the correct regulations and policies, anxious and worried about whether I am making mistakes, and frustrated when I am told that I have to redo my work because policies have changed.

In January 2019, for example, I was part of a research team made up of five academic staff and five researchers from a Danish university who embarked on a three-year comparative research project. We applied for an “international collaboration of research grant”, a new faculty initiative, and in April 2019 we were notified that the grant had been approved. We therefore signed a research agreement according to which we had to (1) form a research team comprised of faculty members and overseas academics, including jingwai; (2) organise an academic conference or symposium every year until the project was completed; and (3) produce 12 publications listed in the Social Sciences Citations Index (SSCI).

The following month, we received a document called “Regulation of the International Collaboration of Research Grant”, which stated that all funded projects were bound by its terms. When I read it I was shocked to discover that, contrary to what was set out in the signed agreement: (1) jingwai were not considered overseas scholars; (2) all international conferences or symposia had to be held in Beijing; (3) funding could be used only within mainland China or to support travel from Beijing to other cities; and (4) only SSCI publications with our own academic staff as first authors were to count as outputs.

I knew that our collaboration with the Danish researchers would be disturbed by this new regulation. They were particularly dissatisfied with the publication requirement, because it implied that they could not be the first authors of any SSCI publications even if they made the major contribution. They were also upset because the regulation meant that comparative research work in Denmark would not be financially supported by the grant. Moreover, I knew that some projects involved collaborations only with Hong Kong scholars; these would now have to be terminated because Hong Kong was now not regarded as overseas.

The regulation not only interrupted our research collaboration but also violated the spirit of our contract. I complained about this in an email to the administrators. Others had probably complained as well because the faculty dean immediately called all the research teams together for a meeting. Many people joined me in expressing strong feelings of frustration and dissatisfaction. The dean and his administrative team promised to operate on the basis of “new way for new people, old way for old people”, implying that the regulation would not apply to existing projects, but I remained uneasy in the absence of any formal written documents confirming this. Indeed, my worries proved justified. In January 2020, I received a new version of the regulation stating that every project was bound by the new terms. Research teams complained again, and the dean met with us and reconfirmed the principle of “new way for new people, old way for old people”. Again, however, nothing was documented formally. We still do not know what will happen.

According to Green, rational chaos is the result of modernisation based on a mixture of Chinese and Western institutional logics. Just as in the West, university staff in China must abide by formal regulations and policies to ensure that they act correctly, and administrators must consult with different stakeholders. However, governance is also influenced by the Chinese values of gradualism, experimentation and practice-based reasoning. These principles encourage administrators to adopt a trial-and-error approach to devising or amending policies. Because this can leave them open to criticism from stakeholders, they make the policies as vague and ambiguous as possible to allow for flexibility in interpretation, amendment and implementation, through which they can address concerns and resolve criticism. Hence, Chinese universities simultaneously exhibit the characteristics of formal rationality and a tendency towards chaos.

Because most Western and jingwai higher education institutions are dominated by neoliberal rather than Chinese institutional logics, scholars from outside China are unlikely to experience rational chaos until they work in China. The uncertainty this creates goes well beyond mere culture shock to become emotionally draining.

So what can we do to address this?

Foreign and jingwai scholars who plan to work in China need to prepare themselves. Basic Chinese language skills are useful because international academics will need the assistance of administrative staff who might not be very proficient in English. It is also a good idea for overseas scholars to identify someone as a “key informant”, who can offer timely advice about policies affecting them, and to find a “broker”, who can bring their voices and concerns to administrators.

Meanwhile, Chinese institutions should also take steps to reduce the uncertainty for foreign and jingwai scholars. Useful initiatives would include providing English translations of policy documents, assigning an English speaker to explain the university’s administrative practices, and informing staff about policy updates relevant to their work. In the absence of such changes, scholars from abroad are likely to continue to struggle to find their bearings in a chaos that may be rational to those familiar with it but that is very difficult for outsiders to fathom.