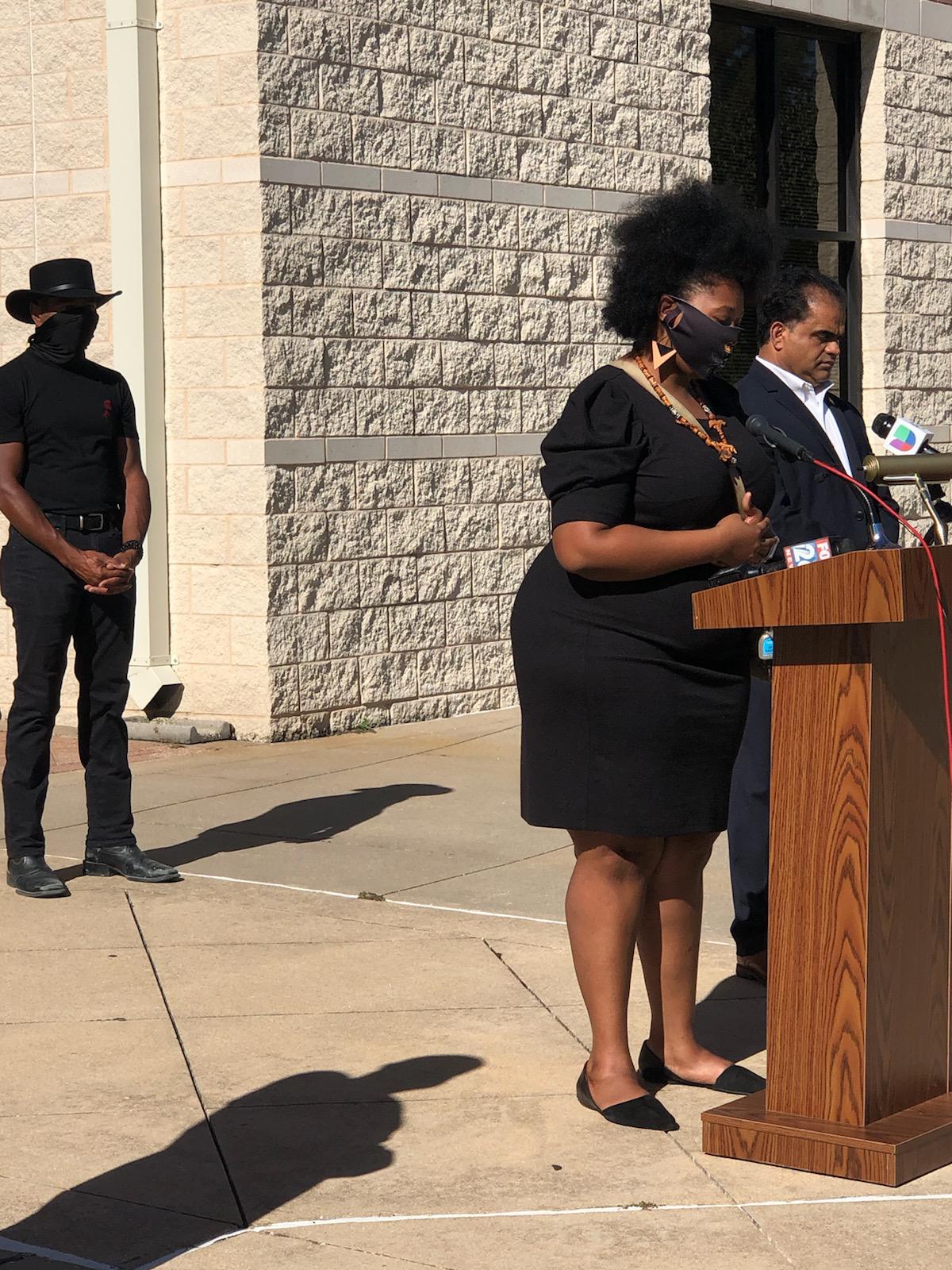 This week marks the launch of Fort Bend County’s year-long “Diversity Over Division” initiative — an effort by local leaders to promote inclusiveness and social justice through art and education.

“Our goal is to celebrate our diversity,” said County Judge KP George, whose office spearheaded the initiative. “Fort Bend County is, if not the number one, then one of the most diverse counties in the country. We live in harmony.”

George made his remarks at a news conference at the University of Houston-Sugar Land. The initiative was launched in partnership with U of H, the Fort Bend County Libraries system and numerous community leaders.

The initiative also includes the installation of a mural on the Albert and Mamie George Building at UH. Houston-based artist Reginald Adams will collaborate seven artists from seven different parts of the world, all residing in Houston, to create the mural.

“The actual artwork will not be completed until the end of the year,” Adams said. “The artists will represent India, Africa, Mexico, Brazil, Israel, Philippines and the United States.”

Diversity over Division started in August as a fundraising campaign to raise awareness about racial injustice in the wake of George Floyd’s death. The initiative’s official launch comes a week after the passage of President Donald Trump’s new executive order, which directs agencies with government contracts to dismantle diversity training programs.

“We wanted to send this message throughout the country — you all can live together, things don’t have to be the way they are right now,” said George. “Over centuries, art and poems have been one of the best ways of communication, to bring people together. We want to show there is no place for hate in Fort Bend County.”