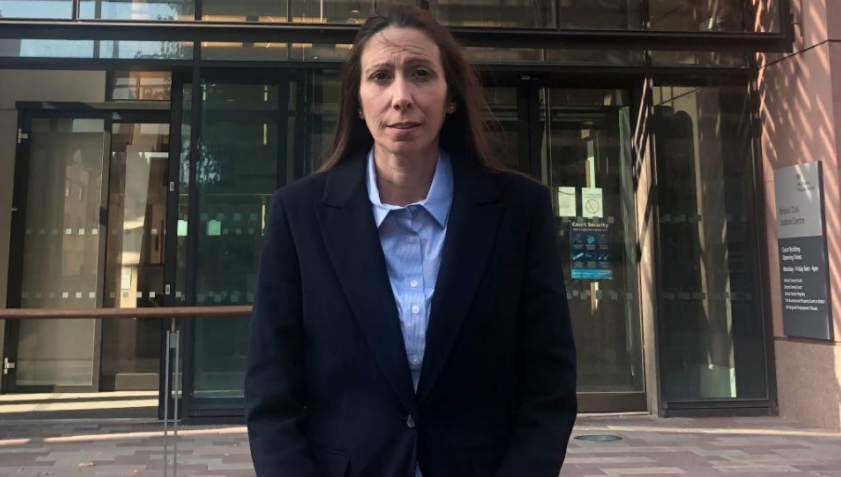 One of the posts referred to “brainwashing our children” and added: “Children will be taught that all relationships are equally valid and ‘normal’, so that same sex marriage is exactly the same as traditional marriage, and gender is a matter of choice, not biology, so that it’s up to them what sex they are.

“We say again this is a vicious form of totalitarianism aimed at suppressing Christianity and removing it from the public arena.”

The Christian Legal Centre said Higgs is set to appeal, and in a statement she said: “It’s hard to believe that the school would take one anonymous complaint and escalate it to all this.

“I shared these posts as a mother who was deeply concerned about the compulsory sex education being forced on my 9-year-old son at a Church of England primary school.

“These views were compared to that of a ‘pro-Nazi right wing extremist’, which is highly offensive to me and millions of Christians across the world.

“I want parents to have the freedom to bring their children up in line with their Christian beliefs, I want young children to be protected from this harmful ideology.”

An anonymous complaint made to the school led to Higgs being suspended and then dismissed after a disciplinary hearing.

She was supported by the Christian Legal Centre during her case, in which she argued she had been unlawfully discriminated against because of her Christian beliefs.

Employment Judge Derek Reed said in his ruling: “We concluded that not only the dismissal but the entire proceedings taken against Mrs Higgs were motivated by a concern on the part of the school that, by reason of her posts, she would be perceived as holding unacceptable views in relation to gay and trans people – views which in fact she vehemently denied that she did hold.”

However, the tribunal also concluded her religion was a “protected characteristic” as defined in the Equality Act.

The judge added that the belief sex and gender are “set at birth” might be “upsetting to certain people”, but if the relevant European Convention on Human Rights articles extended only to expressions that would not upset anyone “they would be worthless”.

Andrea Williams, chief executive of the Christian Legal Centre, said: “This judgment should concern all of us who care about the freedom to be a Christian believer in the UK.

“Even though no one actually thinks or claimed that Kristie holds hateful views, she is being fired because one anonymous ‘friend’ said they were and because others might think the same.”

A spokesman for the school said: “The school is pleased with the decision of the employment tribunal.

“The school, at all times, has worked to ensure that all our pupils are treated with equality, so they can thrive in an inclusive environment.

“We recognise and respect the rights of all our pupils, families and employees to hold and manifest their beliefs.

“The school’s actions were in response to the particular language used on social media, which was not reflective of our ethos as a school.”

Watch: Dating at a Distance – boxing, LGBT and interracial relationships