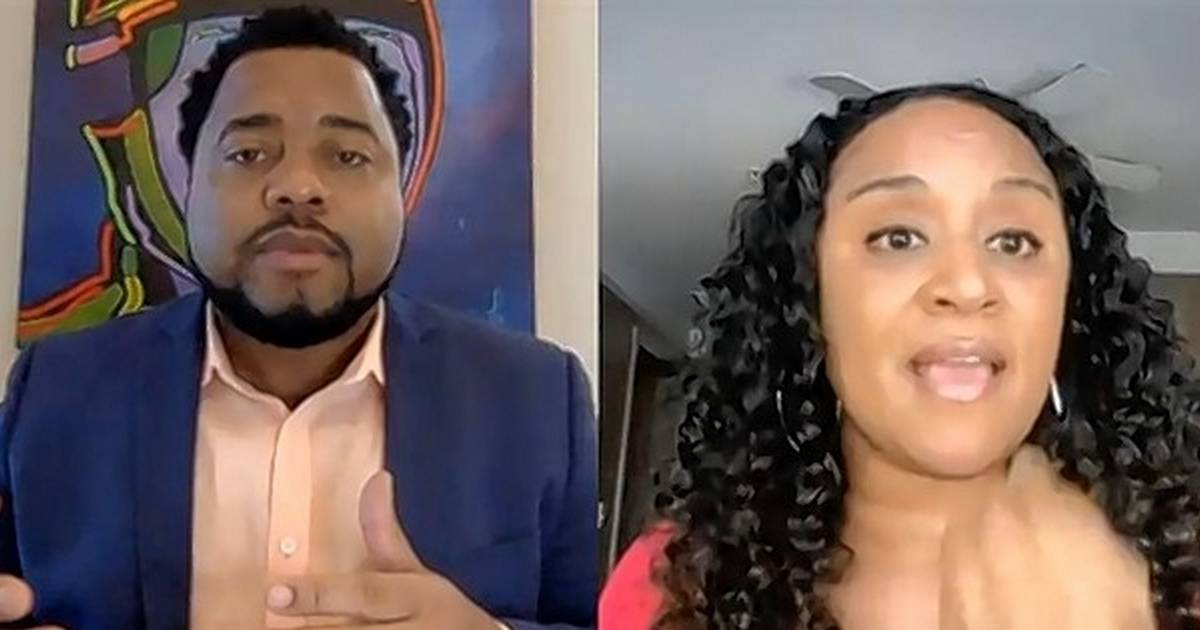 SPRINGFIELD — Leaders of the Illinois Legislative Black Caucus are urging a complete overhaul of the state’s social studies curriculum to ensure that contributions of Black Americans and other minorities are properly included in history education.

“Something has to happen in this space, where we’re all learning about each other, all of us,” Sen. Kimberly Lightford, a Maywood Democrat, said during a virtual committee hearing. “I’m not saying that we have to teach a special chapter that just teaches Black history. That is a myth. It should be taught throughout.”

Tuesday’s joint meeting of the Senate Education and Higher Education committees focused on racial equity in education and workforce development, one of four “pillars” that make up the caucus’s legislative agenda for the upcoming fall veto session.

During that hearing, lawmakers heard from several education officials, including Maurice Swinney, chief equity officer for Chicago Public Schools. CPS is currently in the process of implementing what it calls the Curriculum Equity Project, which is aimed at infusing diversity and cultural awareness across the entire K-12 curriculum.

“Our Curriculum Equity Project is anchored in this belief that all curriculum content designed for Chicago Public Schools, including the assessments we give, must be free from bias, fair across race, religion, ethnicity and gender, and culturally relevant with the mindful integration of diverse communities, cultures, histories and contributions,” Swinney said.

One of the ways CPS has been adjusting its curriculum, Swinney said, is re-examining all of the material being used in classrooms to find out how various social groups are portrayed.

“If you are reading a story that includes Black characters or Black people in the story, one of the questions we have to ask is, what is the role of Black people in the story?” he said. “Is it always subservient to another particular group? How are they playing out in this story? What are the power centers and structures in the story? And so we want to make sure that we are supporting teachers in classrooms and schools when examining curriculum.”

Lightford, who chairs the Black caucus and serves as Senate majority leader, said it was natural for Chicago Public Schools to make those efforts because it has the largest Black population in the state.

“But it’s always like that,” she added. “Once you leave Chicago, you leave Cook County, the rest of the state, Black people struggle even more. Percentages are always lower for them. They get the last and little bit of the information.”

Gholnecsar Muhammad, an education professor at Georgia State University who earned her doctorate at the University of Illinois at Chicago, said that to overhaul the way history and social studies are taught, the state needs to look at the entire education system, from the standards that are used to determine what is taught to the way new teachers are trained.

“We desperately need a rewriting of learning standards for equity and excellence,” she said. “We need then to redesign state assessments, to rewrite teacher evaluation so that teachers are not just evaluated on their ability to teach skills, but to teach identity development and liberation within classrooms. We need to align this with teacher education programs. And then we need to hold publishing companies more accountable for writing culturally responsive content.”

During the hearing, several lawmakers spoke of their own experiences studying American history in school and learning about the role of Black, Hispanic and other ethnic and racial groups in the development of the country.

Lightford talked about being “traumatized” as a child when the 1977 miniseries “Roots,” based on the Alex Haley novel, first aired on TV, chronicling the multigenerational saga of an African American family from the era of slavery through the Civil Rights movement.

“And then when I went to school, I was still looking in these books, and then I began to say this stuff isn’t true, this isn’t right. And social studies became my least favorite subject,” she said.

Sen. Celina Villanueva, a Chicago Democrat, said she had the opposite experience growing up, first attending a bilingual elementary school and later Kenwood Academy High School on the south side of Chicago, both of which focused heavily on multicultural education. But she said her experience changed when she went to college at the University of Illinois at Urbana-Champaign.

“I, unfortunately, along with a lot of other students of color, when we got to the college campus … really dealt with, particularly white students that had never ever interacted with somebody — with a Black person, a Latino-Latinx person, a person of color coming from somewhere where they’ve never been before, and have never understood us to be multidimensional, complex people that aren’t just the examples and the characters that they see on TV.”

Rep. LaShawn Ford, a Chicago Democrat, argued that the absence of a robust multicultural curriculum in Illinois damages the whole society, not just those groups that are marginalized, and that it can be seen in the racial tensions that have flared up in recent months.

“One of the reasons why we are at war with the police in the Black community is because the very police that police our communities learn from the history that’s taught in our schools,” Ford said. “And that’s not what our schools are supposed to be doing.”

Over the years, the General Assembly has enacted several laws requiring the teaching of Black history, including specific content that all schools are supposed to teach. According to Lightford, however, those requirements have never been fully implemented by all Illinois schools.

Most recently, in 2018, the state House passed a resolution calling on the Illinois State Board of Education to conduct an audit of every district’s Black history curriculum. But Brenda Dixon, who chairs the state board of education’s Black History Curriculum Task Force, said the board does not have the manpower or resources needed to carry out such a statewide audit.

Instead, Dixon said, the task force is conducting a survey of school districts to learn as much as possible about their programs. The results of that survey and the task force’s recommendations are scheduled to be discussed at the board’s November meeting.