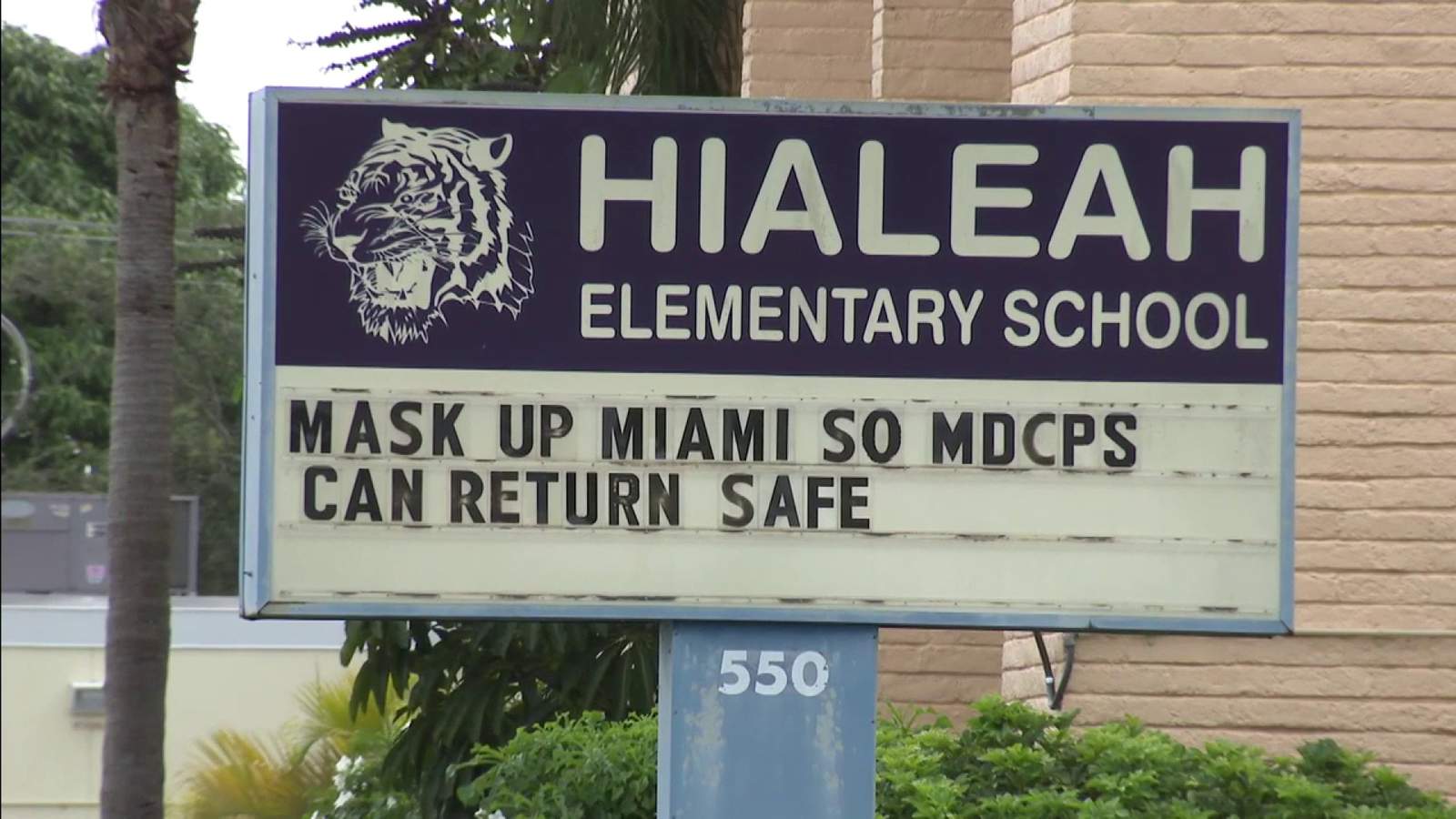 HIALEAH, Fla. – In just hours, Miami-Dade brick-and-mortar schools will be opening their doors.

On Monday, Oct. 5 the students who will return to in-person learning in the Miami-Dade County Public Schools will be those in Pre-K, kindergarten and first graders, along with students with special needs.

“We’ve been in schooling since Aug. 31, but tomorrow, Oct. 5, will be the first day of physical schooling,” Miami-Dade Public Schools Superintendent Alberto Carvalho said Sunday outside of Hialeah Elementary.

Carvalho spent the day touring several of the county’s schools and facilities ahead of the re-openings.

“We expect to have about 22,000 students returning to the schoolhouse option. Many, many thousands of students are continuing to learn online,” Carvalho said.

Teachers say they are ready to go back, but they are concerned.

“I’m very concerned about returning to work and at the same time, I’m very excited. I’ve missed my kids for over six months. but I’m very concerned for my health because I have underlying health conditions,” elementary school teacher Mayra Mora said.

But school board member Marta Perez tells Local 10 that the schools are ready to go, despite a sooner-than-expected return.

“Every school has a two-page list. Every school principal is responsible for everything and I believe everyone will be ready,” Perez said.

It was Tuesday when the Miami-Dade School Board had to quickly pivot, voting to reopen physical classrooms on Oct. 5 instead of Oct. 14 – a plan that had already been voted on and approved. Some argue the superintendent and the board caved to political pressure from the state after Florida Education Commissioner Richard Corcoran sent a letter to Carvalho and the school board telling them that that had to open on Oct. 5 or lose millions of dollars in funding.

“We wouldn’t be reopening schools physically tomorrow if we had not been given the green light from medical experts,” Carvalho assured.