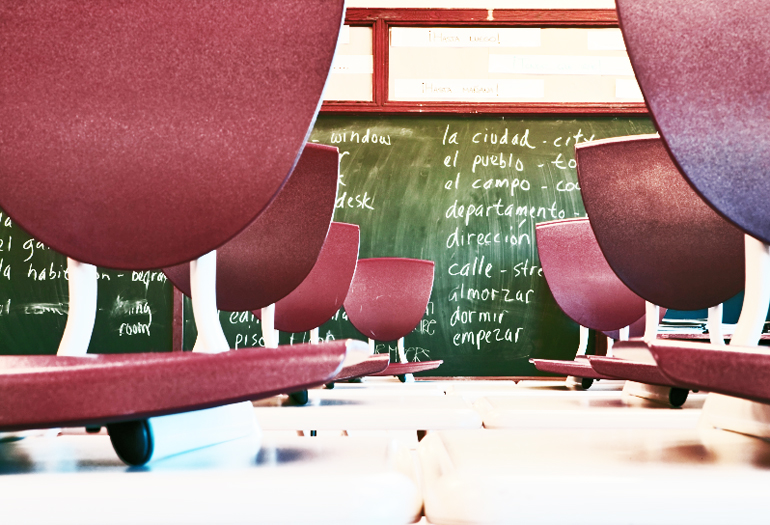 You are free to share this article under the Attribution 4.0 International license.

Bilingual classrooms have unexpected benefits for native speakers, and may be better than ESL programs for foreign speakers, researchers say.

While much research has examined the effects of bilingual education on Spanish-speaking students, this study is one of the first to investigate the spillover effects. The findings appear in the Journal of Public Economics.

“What this says is that simply focusing on how these programs affect the students who use them is missing a large part of the picture,” says Scott Imberman, study co-author and Michigan State University associate professor of economics and education. “Whenever you create education programs you have to think beyond the people they’re targeted to, and think about the other students as well.”

English as a Second Language, which typically involves pulling the LEP students out of the mainstream classroom for only certain periods for instruction in their native language.

Or bilingual education, in which the LEP students generally are taught in a separate classroom for the entire day.

Educating the growing number of LEP students is one of the major challenges facing US educators and policymakers today. About 1 in 9 students enrolled in pre-kindergarten to grade 12 were classified as LEP in 2008-09—a marked increased from the ratio of 1 in 13 recorded a decade earlier.

In Texas, districts with 20 or more students in the same grade who have the same home language are required to offer those students bilingual education.

The researchers compared Texas elementary schools just below and just above the 20-student cutoff. They found that scores on standardized math and reading tests for native English speakers were significantly higher at schools with the bilingual education programs.

LEP students in schools with the bilingual education programs also scored higher on the tests, although there weren’t enough students in the sample for the finding to be conclusive.