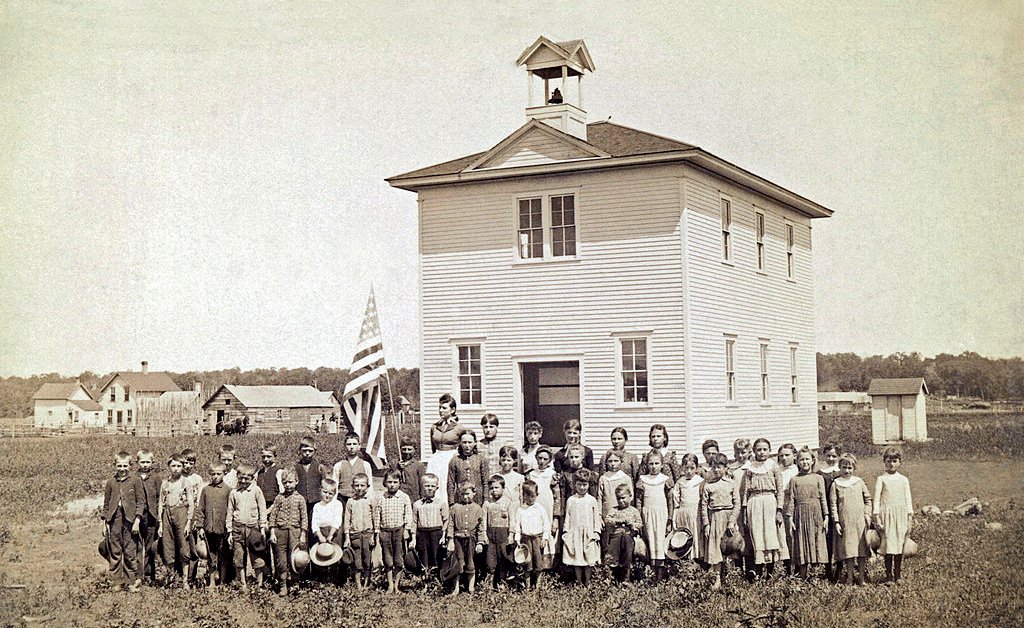 Even before the United States had a Constitution, its founders were advocating for the creation of public education systems. The United States was an experiment in democracy unlike anything the world had ever seen, turning away from government dominated by elites and hoping that the common man could rule himself. If this experiment had any chance of standing the test of time, the nation needed far more schools to prepare everyday citizens for self-government. As James Madison, the father of our Constitution, remarked: “a popular Government, without popular information, or the means of acquiring it, is but a Prologue to a Farce or a Tragedy.” Thomas Jefferson similarly argued that governments “deriv[e] their just powers from the consent of the governed,” but that it is education that makes that consent possible. President Washington, in his last annual message to Congress, added that expanding education was essential to the perpetuation of nation’s common values and the chance of a “permanent Union.”

While the country’s public education system is firmly established now, the underlying challenges of maintaining it and achieving its goals are resurfacing today. Those challenges range from the government’s responsibility for operating and funding public schools—particularly a challenge during the pandemic—to the need for those schools to unite culturally disparate and politically polarized communities.

In the nation’s early years, one of the first steps in dealing with these dynamics was to shift education responsibility from the individual to government. This was no small task. At the time, education was almost entirely a private and religious affair. But if it was going to be a natural extension of this new republican form of government, public education had to become a duty that government owed its citizens. Adams was explicit: the education of “every rank and class of people, down to the lowest and the poorest” had “to be the care of the public” and “maintained at the public expense.” Its importance required that “no expense . . . would be too extravagant.”

Shortly after the Declaration of Independence, Jefferson tried to build a public education system in his home state. In the “Bill for the More General Diffusion of Knowledge,” he warned against the “tyranny” of government that would follow unless “the people at large” were “educated at the common expence of all.” His bill dictated the various intricacies of constructing and financing a statewide system of education out of whole cloth. Many today interpret the bill’s failure as a direct rejection of public schools, but they ignore context. Virginia suffered under the financial and violent effects of the ongoing and uncertain Revolutionary War. In this context, Jefferson was encouraged despite the bill’s failure: “I never saw [a bill] received with more enthusiasm than that was . . . by the House of Delegates, who ordered it printed. And it seemed afterwards, that nothing but the extreme distress of our resources prevented its being carried into execution, even during the war.”

Get your history fix in one place: sign up for the weekly TIME History newsletter

Working a few years later, John Adams achieved one of the most significant accomplishments in educational history: he wrote the Massachusetts Constitution of 1780 and placed education at the center of the state’s understanding of government. The Constitution declared that “wisdom and knowledge . . . diffused generally among the body of the people [are] necessary for the preservation of their rights and liberties. . . . [Thus,] it shall be the duty of legislatures and magistrates, in all future periods of this commonwealth, to cherish the . . . public schools.”

Jefferson’s and Adams’ work and later advocacy significantly impacted the future of education elsewhere. Several states modeled their constitutions on Massachusetts, and Congress incorporated important aspects of their thinking into the Northwest Ordinances of 1785 and 1787. Those Ordinances divided up the territories and set their paths toward statehood. Congress placed public education at the literal center of these plans. The 1785 Ordinance specified how every square inch of land would be divided into counties and towns. Every new town had to set aside one-ninth of its land and one-third of its natural resources for the financial support of public education. And every town had to reserve one of its center lots for the operation of a public school. Then, alongside a number of individual rights that later made their way into the Constitution, the Northwest Ordinance of 1787 declared that as a necessity of “good government and the happiness of mankind, schools and the means of education shall forever be encouraged.”

The Ordinances are part of the straight lines moving forward and back in time—back to Jefferson’s and Adams’ education ideas and work, forward to Congress’ demands for affirmative education guarantees following the Civil War, and onward to a time when every state in the nation would guarantee education through its constitution. Just as Jefferson’s Virginia bill called for six-mile square townships with a central block reserved for the schools, a decade later the Northwest Ordinance basically did the same. Just as Adams’s 1780 Massachusetts Constitution declared education a necessity “for the preservation of . . . rights and liberties,” so, too, did the Northwest Ordinance declare education to be “necessary to good government and the happiness of mankind.”

The Ordinances’ lofty language and provision of land, however, alone were not enough to cause a nationwide system of education to spring forth. Land in an undeveloped frontier was not that valuable. It sadly never generated enough resources to support a system of schools in places where no formal government, no tax base and no system of doing things existed.

What the territories really needed was money. The United States did not have any money, so it just gave what it had—land. But it was the nation’s willingness to give what it had, to demand very specific commitments in return, and to articulate education as the foundation of government, not the short-term efficacy of the plan, that makes the Northwest Ordinances so important.

America’s education story is ultimately a story of the tension between the idea that the nation’s democracy rests on the foundation of education and the inability to ever fully deliver on that commitment. Education, like democracy, has long been a work in progress. But that progress has come by remaining fixed on our fundamental ideas, not questioning them because of our own failures to reach them—and certainly not replacing them with something else. And as we ponder our own distinct, yet similar, challenges in providing education to all and uniting a polarized nation, we would be well served to ask whether we will resolve them by moving further away from or closer to our public education commitments. 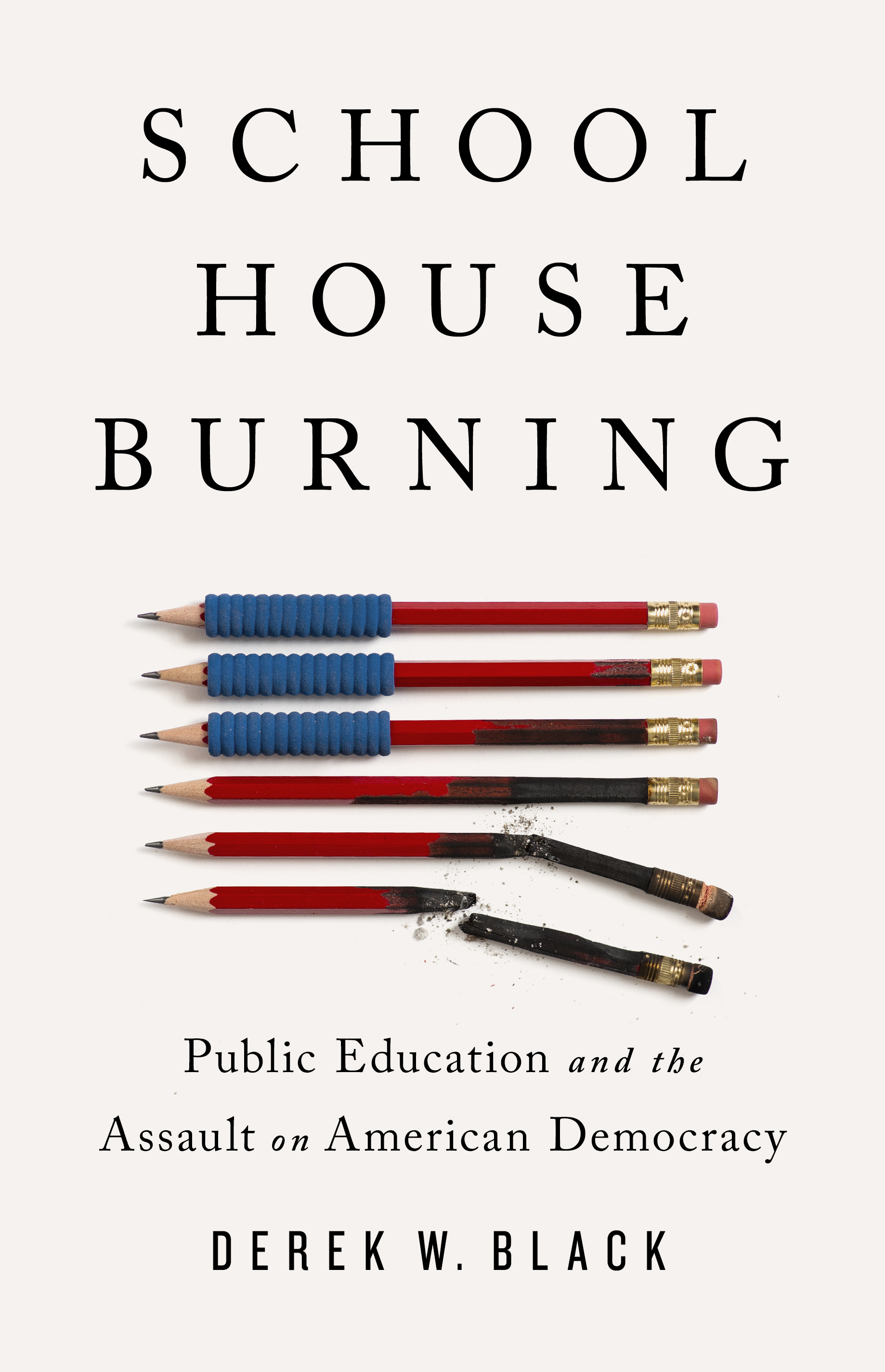 Adapted with permission from Schoolhouse Burning: Public Education and the Assault on American Democracy by Derek W. Black, available now from PublicAffairs.

Get our History Newsletter. Put today’s news in context and see highlights from the archives.

For your security, we’ve sent a confirmation email to the address you entered. Click the link to confirm your subscription and begin receiving our newsletters. If you don’t get the confirmation within 10 minutes, please check your spam folder.