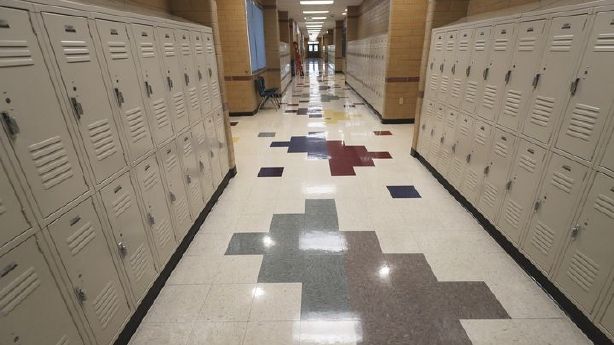 SALT LAKE CITY — A current and former lawmaker, retired college professors and other education advocates urged a “no” vote Friday to a proposed state constitutional amendment that would expand the uses of income tax revenue to support programs for children and people with disabilities.

In a press conference conducted via Zoom, members of the Utah Citizens Counsel said Utah’s public education system is already underfunded and things could worsen if Utahns vote for Amendment G in the upcoming election.

Julie Miller, a former principal who worked at four Salt Lake City School District elementary schools, said the group agrees that health and social services programs for children and people with disabilities need more funding, but it should not come from tax revenue currently devoted to public education.

“Do we really want to use our overstressed Education Fund to help fund social service needs? It’s not a good idea for health or other social service programs and education to be competing for the same dollars. Both could lose funding above their base budgets. If dollars get shifted back and forth to meet urgent needs, and higher ed could lose out, too,” Miller said.

Republican Sheryl Allen, former state representative and a former president of the Davis School Board, said the COVID-19 pandemic has laid bare significant needs in the public school system.

“It is past time for Utah to invest in educator salaries to attract the best and the brightest to enter and remain in the teaching profession. COVID-19 has also validated the need for smaller class sizes. For decades, our teachers have been attempting to instruct and counsel many more students than the national average. Now at the risks of crowded classrooms and the need for more class-size reduction funding is accelerated,” she said.

The group also takes issue with the ballot language, which doesn’t mention education.

It says: “Shall the Utah Constitution be amended to expand the uses of money the state receives from income taxes and intangible property taxes to include supporting children and supporting people with a disability. Yea or Nay.”

Rep. Carol Spackman Moss, D-Holladay, said she voted to place the amendment on the ballot, but at the time the ballot language had not been prepared.

The language “doesn’t say what it does, doesn’t talk about the harm. It’s worded in a way that what person with any kind of heart would be against giving more funding to children and people with a disability?” Moss said.

“So to not even say in the wording that would take it from the … Education Fund, that in itself, it’s disingenuous,” she said.

Rich Kendell, a former Utah commissioner of higher education, public school superintendent and educator, said the education community was co-opted by the compromise struck among lawmakers, the Utah Education Association, the Utah State Board of Education, Utah PTA and other education associations.

The parties, including Gov. Gary Herbert, linked arms for a photo-op after announcing a “historic” compromise struck in the waning days of the 2020 legislative session. Backers said it would create a reserve account for education designed as a guarantee against the rising costs of growth and inflation, contingent on voters approving Amendment G.

“This ‘Kumbaya’ moment, tell me a superintendent that’s going to say ‘no’ to this proposal? Name a college president who would say ‘no, even though the stakes are high? The whole education community I think has been co-opted by this,” Kendell said.

Kendell, who was not on the announced list of speakers but joined the Zoom event to ask questions, said the deal was “transactional.”

“You do this, give us the historic earmark, and then we will promise to do better by you in the future. It’s a transactional deal. They’ve been co-opted, and they don’t dare speak out,” he said.

Allen said the compromise came as a result of negotiation, but “it was not an equal negotiation. It was Goliath versus David and ‘Do it our way or else.’ ”

The result was a tax reform proposal, except the ballot language does not make that clear, she said.

There are seven proposals to amend the Utah Constitution on the General Election ballot “but this one is particularly egregious and the language on the ballot tells us nothing about what it really does, that it’s changing our tax structure dramatically,” Allen said.

The state election website voteinfo.utah.gov, has impartial analysis and arguments for and against Amendment G.

Sen. Dan McCay, R-Riverton, and House Majority Whip Mike Schultz, R-Hooper, wrote arguments in support of the proposed change, which said in part, “Amendment G is the key to a larger education funding stabilization initiative that unlocks ongoing funding for education, including an additional amount for enrollment growth and inflation. It also protects education funding from cuts during an economic downturn by creating a sizable education stabilization fund that can be utilized in times of economic troubles.”

It continues: “Current funding mechanisms are highly volatile revenue sources that disproportionately harm our education system during economic downturns. During turbulent years like 2020, Utah students and educators deserve education funding stability and security, which only Amendment G can provide.”

Catherine Weller, co-president of the League of Women Voters of Utah, said the organization does not believe the public has been adequately informed of the “sweeping changes” that will occur if Amendment G passes, which is one reason the organization opposes it, she said.

“Amendment G will remove up to $600 million from already underfunded K-12 and higher education programs and move it to presently underfunded social programs. Shuffling income tax monies from constitutionally protected education funding and allocating them to social programs now funded by sales tax revenues is a way of enacting tax reform without informing the public,” Weller said.