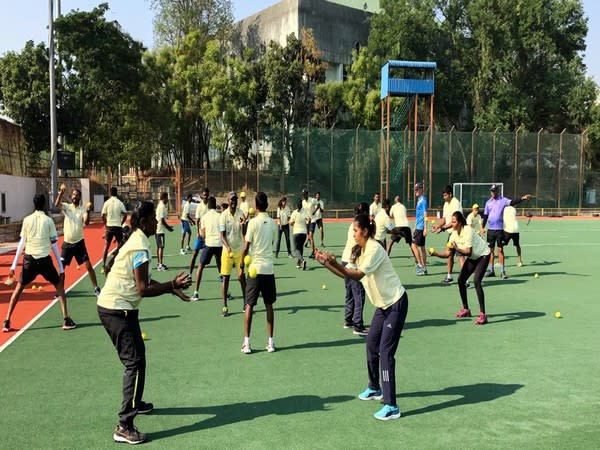 A group of 15-30 coaches and umpires will be attending three AHF online education workshops this month.

Aimed at providing technical expertise and knowledge on various aspects of set plays and free hits for coaches and officiating for umpires, these online education workshops will be conducted free of charge for participating candidates online through Microsoft teams application. Each workshop will consist of three to four hours’ sessions.

Speaking about the participation of coaches and technical officials in the AHF online education workshops Gyanendro Ningombam, Officiating President, Hockey India said, “The AHF Online Education Workshops have been a vital part of the growth of our Coaches and Technical Officials. With a much bigger knowledge base, we are sure that they will be able to garner much better results in the upcoming months. It’s been an absolute privilege to work closely with the AHF and we are delighted that they have made an immense contribution to the evolvement of hockey in India.”

Meanwhile, Dato Tayyab Ikram, Chief Executive, AHF and Chairman FIH Development and Education Committee said the response to the courses has been overwhelming.

“We are very keen to continue to contribute to the growth of the Coaches and Technical Officials in India through the AHF Online engagement & Education Workshops in October. We have received a fantastic response from all the candidates in the last few months and they have participated actively and benefitted from the high-performance and technical input with great interest,” said Dato Tayyab Ikram, Chief Executive, AHF and Chairman FIH Development and Education Committee.

Along with the online workshops exclusively for Hockey India, the AHF will organise another set of online education workshops for all Asian hockey-playing nations in October. Hockey India has nominated a maximum of six candidates for each of these educational workshops.

At the end of the AHF online education workshops, participating candidates will receive a participation certificate that will help them in the future FIH & AHF Course Selection. (ANI)