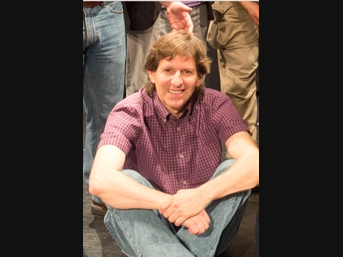 PRINCETON, NJ – The Princeton Board of Education elections this year is a hotly contested one. Eight candidates are vying for three open seats.

Princeton resident Adam Bierman, 60, is running to make education accessible and affordable for students. A teacher at Mercer Teach, Bierman is also a producer and TV host of Breezin With Bierman on Princeton TV.

Bierman lives in Princeton with his wife Sandra, daughter Rachel and two dog. He said he was inspired to run for office after watching his parents work for the community. Bierman has a BA and MA from Rutgers University and a social studies certification from the College of New Jersey.

He is currently a member of the Princeton Democratic Municipal Committee D 13, Public Transit Advisory Committee and the Communications Workers of America Shop Steward /Lobbyist.

Read below to learn more about Bierman and his platform for the upcoming elections in Princeton.

My family has a deep devotion to public service and education. I am a teacher at the state Division of Children and Families (DCF) working with at-risk students in Trenton. I grew up in Princeton and went through the entire Princeton Public School (PPS) system, from kindergarten to high school. My mother was a teacher in the then Princeton Regional Schools (PRS) for over 35 years, while my father was the President of the BOE during the tumultuous late ’60s to early ’70s. Our schools are important to our children, their families and the town. Therefore, I believe my background and experience can help prioritize spending on that which is most important for our students and community

The single most pressing issue facing our community is________, and this is what I intend to do about it.

I want to keep Princeton affordable for all residents.New Jersey has the highest property taxes of any state in the country and the schools in town are responsible for 48 percent of the tax bill. While the schools have incredible financial resources available to them, I believe the school board must learn to live within its means and reprioritize in order to stop wasteful spending. For example, the board just approved spending $530,000 for a bathroom and a concession stand at Princeton High School football field, , as well as passed through a 6-4 majority vote the purchase of 3,500 computers, most of which were very expensive Apple MacBooks for almost $3 million. I believe the school district should reorganize its tactics and instead provide computers to economically disadvantaged families, rather than students who already have a computer.

In my opinion Board of Education (BOE) at times behaves like a private club. Blindly supporting the ill-conceived and grandiose vision of past superintendents, stifling any critical analysis or oversight. I will ask the hard questions, explore every option, challenge the political forces that have dominated the BoE for years. Again, I promise to scrutinize closely all spending requests and to leave no path undiscovered. We can have excellent, affordable schools.

Facilities – We need to use our existing facilities more efficiently. Educational capacity at Princeton High School (PHS) and John Witherspoon Middle School (JWMS) is based upon a utilization factor of 75 to 80 percent. We cannot afford to leave 20 to 25 percent of our classroom space vacant. We should be able to increase utilization to 90 percent with class scheduling software and other efficiencies. I favor teachers over expensive new facilities. We need to take better care of the buildings that we have. I also favor cost-effective and affordable solutions for projected enrollment growth such as adding a classroom into existing schools such as Johnson Park (JP) or Riverside (RS), or the middle school if necessary. JP and Riverside have beautiful campuses with room to add a wing with 6-8 classrooms cost effectively, for expansion. I would not support a new facilities referendum before the old referendum debt is fully repaid

As a CWA Shop Steward I have kept my membership retention above 95 percent for the past five years. I helped keep state jobs, by lobbying for furloughs days over layoffs during the current COVID-19 pandemic. I have experience in a fast paced environment, researching , organizing, directing and implementing classes, lectures, curricula, get out the vote and more. In 2018, I played a part in reducing a bloated ill-conceived 137 million dollar school referendum, to a 27 million referendum. Which was needed to meet essential HVAC, mold, occupancy and deferred maintenance needs.

This is an always evolving answer. Currently the best advised I use, that was shared by my grandfather, who told me “Everybody is an expert in something.” I also heard somewhere, “The internet is the death of not forgetting.”

In anticipation of the upcoming election, Patch asked candidates to answer questions about their campaigns. We will be publishing candidate profiles as election day draws near.

Have a correction or news tip? Email [email protected]

Get breaking news alerts on your phone with our app. Download here. Sign up to get Patch emails so you don’t miss out on local and statewide news.

This article originally appeared on the Princeton Patch