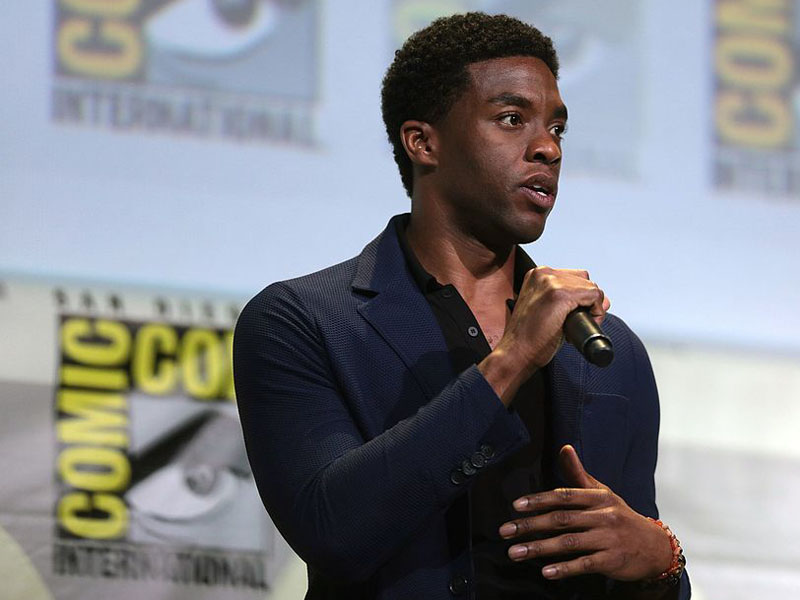 This tragic event during the COVID-19 pandemic raised public awareness about one of many disease processes that negatively impact people of color with a higher prevalence of morbidity and mortality. In early 2020, the pandemic caused the nation and the medical community to apply the brakes on many of our routine preventive care interventions. However, colorectal cancer, the second-leading cause of cancer deaths for U.S. adults, did not slow its unrelenting process of annually claiming the lives of an estimated 53,200 Americans.

Although we mourn the loss of a young actor who brilliantly portrayed both real and fictional heroes on the silver screen, the life and the legacy he left behind provide us an opportunity to educate our patients about the need to remain vigilant with recommended colorectal cancer screening modalities. Such interventions have been proven effective in detecting this disease in its early stages, when treatment can yield a five-year survival rate of 89-90%.(www.cancer.org)

Colorectal cancer is the third-leading type of cancer in the United States. Given its prevalence, prevention should begin before the patient presents with symptoms. The AAFP and the U.S. Preventive Services Task Force(www.uspreventiveservicestaskforce.org) both recommend screening beginning at age 50. Screening individuals after age 85 is not recommended.

The incidence of colon cancer under age 50 is rare, but the disease is more prevalent in the Black population. Boseman’s stage 3 colorectal cancer was diagnosed when he was only 39 years old. African Americans have the highest CRC incidence and mortality rate of any ethnic group in the United States. The prevalence of CRC in this population is two times that of their Caucasian counterparts. These disparities cannot be explained by lack of access to health care, CRC screening or socioeconomic factors alone. The carcinogenic mechanism for these CRC disparities in African Americans is not fully understood, but focused research is being done in an attempt to eliminate the racial disparity in CRC morbidity and mortality outcomes. (www.ncbi.nlm.nih.gov)

Patients with a significant family history of cancer (especially a family history of colorectal polyps or CRC) and/or those with risk factors (e.g., obesity, sedentary lifestyle, low-fiber/high-fat diet, inflammatory bowel disease, tobacco abuse, excessive alcohol use or status post radiation therapy) should have a conversation with their physician about beginning colorectal cancer screening at age 45 or earlier.

The absence of symptoms and the outward appearance of health is not a screen for CRC. Boseman, for example, appeared to be the picture of health in the seven movies he made after his diagnosis in 2016.

The current gold standard for CRC screening is a colonoscopy exam. However, there are less invasive screening tests we can, and should, also discuss with our patients. Stool-based screening tools include the home guaiac-based fecal occult blood test, fecal immunochemical test, and multi-targeted stool DNA test (FIT-DNA). The FIT-DNA test is significantly more expensive and less specific, and often results in the need for endoscopic referral for confirmation of positive findings. Because of the limited evidence of benefit, the FIT-DNA test is not a recommended screening method.

The use of CT colonography exposes patients to radiation with insufficient evidence of benefit. There is also the potential for harm associated with the discovery of incidental extracolonic findings (seen in 40-70% of scans).

As mentioned earlier, the process of screening for CRC has been adversely impacted by the COVID-19 pandemic. In March 2020, CRC screening fell 86% in the United States compared to the same timeframe in recent previous years. Boseman’s death has been a wake-up call for all of us to stop tapping the brakes on prevention and place our foot back on the accelerator for essential screenings.

Since the news of Boseman’s untimely death, I have had many discussions with my patients about colorectal cancer. It has prompted many of my adult African American patients to inquire about the need to be screened for CRC. Boseman’s death even reminded me that I am due for a screening colonoscopy. Having seen the big picture of CRC, I made my own appointment.

Ironically, in the movie Black Panther, the fictional character Boseman portrayed was essentially impervious to death. In the real world where we live, we know that even our most treasured heroes are not invincible. Sometimes real heroes have to have the courage to take care of themselves first so they can save the lives of others. While you are busy being health care heroes for those you serve, don’t forget to take care of yourself. The next life you save may be your own. We need you to be available for the sequels.

Gary LeRoy, M.D., is president of the AAFP.