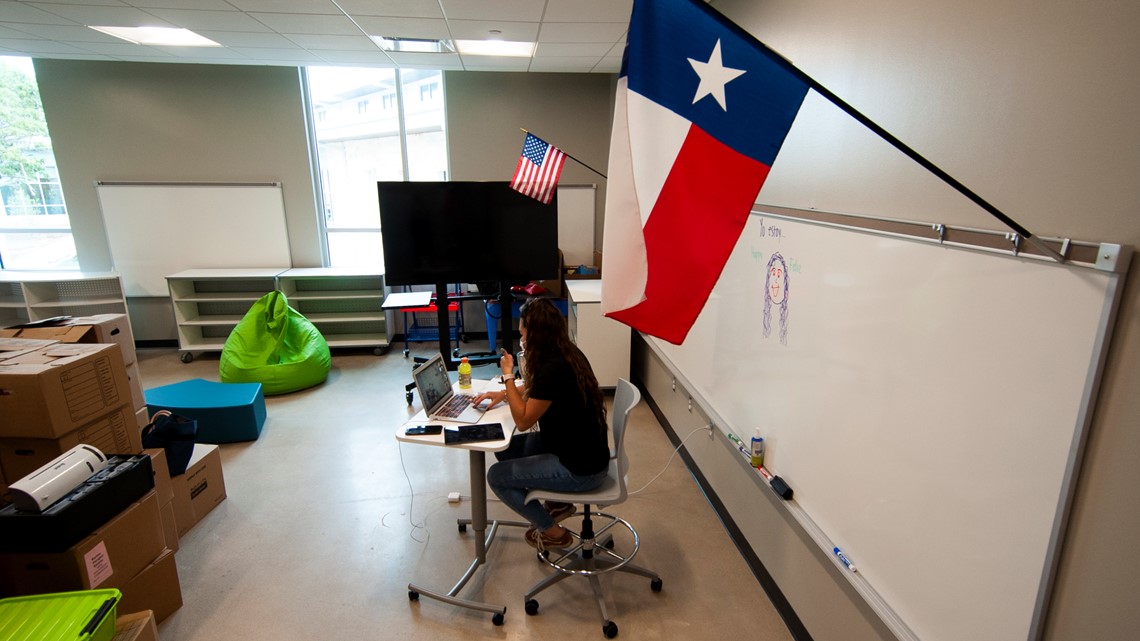 There are several State Board of Education seats on the ballot, as well as Austin Board of Trustees seats.

AUSTIN, Texas — While the presidential race is at the top of the ticket this November, down the ballot, Central Texans will make decisions that will impact the way children are taught in classrooms.

“You know, in many ways it’s, it’s more important, I think, than even elections at the State or federal level because those are the individuals who are close to home,” said Glenda Ballard, a lifelong educator and the associate vice president of graduate and professional studies at St. Edward’s University. “Those are the individuals who are most nearly going to reflect the values of the area and are going to impact the same decisions that are ultimately made.”

Let’s look at some of what’s on the ballot that directly impacts education in Central Texas.

There are 15 members on the State Board of Education who are elected by Texans to four-year terms of office. This year, there are several seats on the ballot, including District 5, which is pretty much half of Austin and quite a bit of the Hill Country. In that district, Republican Lani Popp is taking on Democrat Rebecca Bell-Metereau for Ken Mercer’s seat.

On the Texas Board of Education for District 10, Republican incumbent Tom Maynard is taking on Democrat Marsha Burnett-Webster. District 10 includes the areas of Burnet, Round Rock and a large portion of eastern Central Texas.

“They are charged with the responsibility of making decisions about how laws are in, are implemented in both K-12 and in higher education as it affects teacher education,” Ballard said. “So, if there’s anything associated with the K-12 footprint, they are part of that. And so, they’re very important to our work in our world of teacher education and education in general.”

RELATED: November voter guide: What you need to know to vote in Central Texas

The Austin Independent School District’s Board of Trustees will also have some candidates for voters to consider. The board will have four seats on the ballot: districts 2, 3, 5 and 8 (at-large).

Ballard said that whoever gets elected this time around will have an impact on how things like the COVID-19 pandemic are handled in the education world.

“We didn’t even know of such a thing as potentially just shutting down everything that our lives revolved around. And probably very few things were impacted by it like education was,” Ballard said. “And so, I think, absolutely, that the individuals that are elected and that will go into making these decisions for the future, they will have some, some big responsibilities in terms of looking at how are we going to do things differently in the future.”

The STAAR test is another element that could be impacted following the election, as well as addressing equity in schools.

“How we, how we administer that [the STAAR test] and also the accountability ratings that are associated with that,” Ballard said. “Also being sensitive to and understanding the disparities that exist or that will continue to exist and an increase as a result of the divide between those children who do have access to technology, do have access to a solid education and those who might not have as much access.”

WATCH: 5 Austin City Council seats will be on the November ballot