It is also very much about how to communicate socially and professionally. With individualized learning that classroom and social tolerance interaction is limited.

There are also serious concerns about student fees. Several universities have increased fees which include fees for non-accessible services and activities.

University revenues have diminished as foreign students are abandoning North American schools. Indeed, it has been estimated that some universities in the U.S. may close as foreign student revenue streams dry up.

In the short run that should not happen in Ontario, although if the provincial government is forced to provide COVID-related financial assistance to universities and colleges it becomes a moot point whether universities should be allowed to continue depending heavily upon provincial funding or be required to dramatically slash costs.

Universities and colleges are faced with immense costs for faculty, administrative staff and facilities.

They may need to seriously begin trimming

Mumbai: upGrad, India’s largest online higher education company is ready to offer 15 million youngsters with its diverse portfolio of online programs that provides relevant skillsets and prepares a future-ready workforce. These online programs are offered in partnership with renowned national and international universities, which are now looking at online education as a viable option for delivering pedagogy.

India Skills Report 2020 has pointed out that the country is experiencing a massive skill gap where 65-75% of the 15 million youngsters entering the workforce every year, lack requisite skills and are not ready for new-age jobs. Moreover, upGrad draws inspiration from the findings of L.E.K. Consulting’s India Edtech Survey (2020) that shows, both, existing and new users of online learning in the higher education and upskilling segment demonstrated high satisfaction and a higher likelihood to continue its usage post COVID-19.

In link with the L.E.K. survey, Mayank Kumar, Co-founder and The restart of Britain’s education sector has been dealt a severe blow after three of the country’s largest universities shifted to online classes due to coronavirus outbreaks.

More than 50 universities in the UK have confirmed cases of Covid-19, after thousands of undergraduates returned to campus for the start of the autumn term.

Manchester University, where there have been 382 coronavirus cases since September 21, joined with Manchester Metropolitan University and the University of Sheffield in announcing a move to online learning to protect the health of students and staff.

The Manchester universities said they had made the decision together in consultation with the area’s director of public health, supported by Public Health England.

They added they would increase the level of online learning for 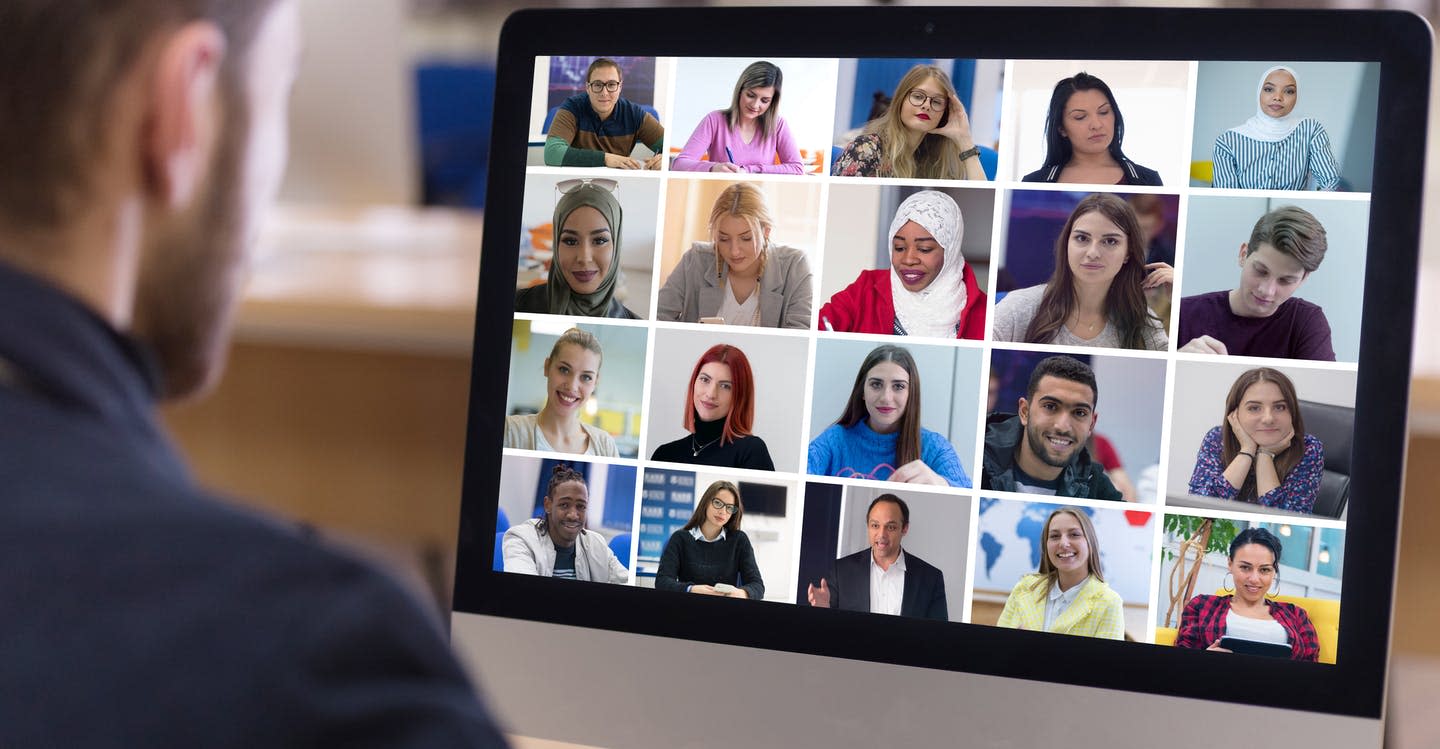 This summer, universities around the world planned for an unprecedented back-to-school in the midst of the COVID-19 pandemic. In most universities, centres of teaching and learning are responsible for supporting faculty members’ teaching for more effective student learning and a high quality of education.

Our collaborative research group, based at Université Laval, Concordia University, Florida State University, University of Southern California and San Francisco State University, sought to better understand how universities planned to make sure all students would have access to online learning and be able to participate as courses moved online. Our team met remotely with staff from 19 centres in Canada, the United States, the United Kingdom, France and Lebanon.

We analyzed publicly shared resources from 78 centres in 23 countries about about how instructors could transform online learning during COVID-19. We also compiled publicly available resources from these centres about ways to address educational equity in

“I think this is partly due to the large amount of discretionary funding they rely on from government, and their hopes of next week in the budget they would get some additional research support.”

University of South Australia vice-chancellor David Lloyd rejected suggestions the sector had been muted in its response to the changes and acknowledged the government’s central role in funding.

“We can’t lose sight of the fact that the federal government funds 35 per cent of our operation,” he said.

“We will be recipients of legislation and we’re going to have to work with governments and governments of [the] day as that goes through.”

The package, which is set to be voted on in 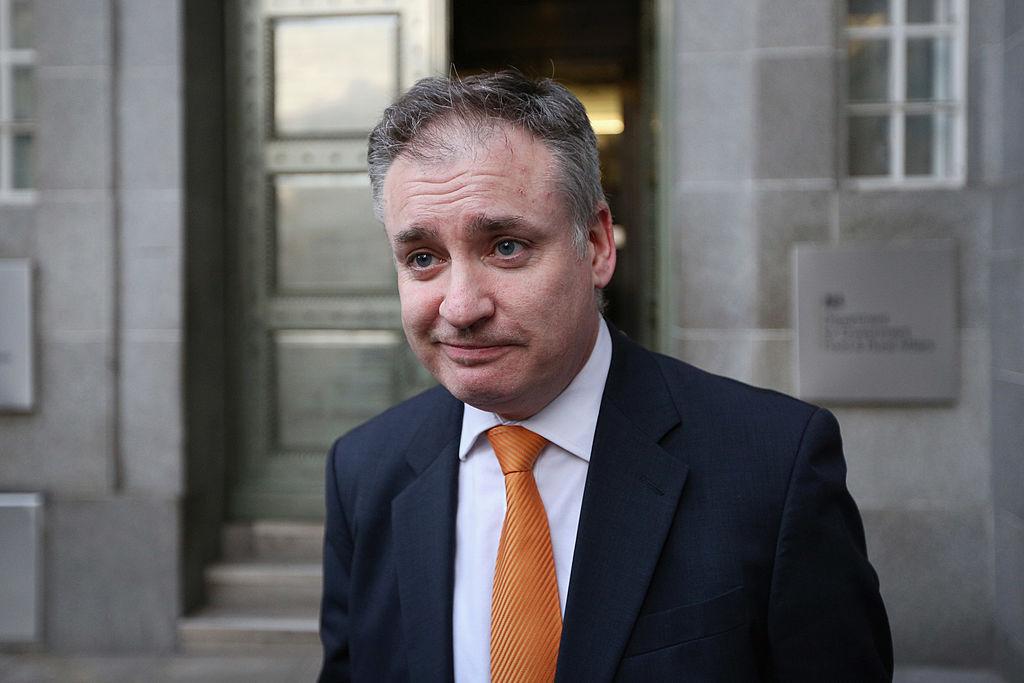 The Scottish Minister for Higher Education “has not seen” modelling undertaken by Government advisors that found coronavirus outbreaks on university campuses were “entirely predictable”.

Hundreds of students across Scotland are currently self-isolating after Covid-19 outbreaks were identified at several campuses.

But when asked at what point he had seen the modelling while planning for the reopening of Scottish universities, Richard Lochhead, Minister for Further Education, Higher Education and Science, told the BBC’s Good Morning Scotland radio show that he had

… Read More
September 28, 2020
BHUBANESWAR: Higher education minister Arun Kumar Sahoo on Sunday finally spoke on amendment of the Odisha Universities Act, 1989. He clarified that the amended Act will not curtail the autonomy of the universities. He also discussed on different points of amendment in a webinar.

The minister said upper age limit of the vice-chancellors has been increased from 65 years to 67 years. Tenure of the VCs has been hiked from three years to four years. “It will help VCs in bringing long term change in universities,” he added.

Sahoo said the government has brought amendment in the

Students have returned to UK universities, and the timing couldn’t be worse. Some in the medical community have argued that the key to safe reopening is to do so at a time when community transmission is minimal. With coronavirus infections currently doubling every week and the government introducing new measures to bring those rates down, having up to one million students back on campus is enormously worrying and will inevitably contribute to the continued spread of the virus.

Despite this, according to a Universities UK survey, 97% of UK universities are proceeding with a “blended learning” approach combining remote and in-person teaching during this academic year.

Its hard to blame individual universities – without the brand value of Oxford or Cambridge, and lacking serious financial support from the government, they have felt compelled to offer blended learning to remain competitive for applicants. Still, it is worth pointing out that many

The ‘Student digital experience insights’ survey published by Jisc found 23% of students were unable to rate the quality of digital teaching and learning on their course as ‘good’, ‘excellent’ or ‘best imaginable’.

“Covid-19 has highlighted the urgent need to address digital poverty”

Just 51% said they receive guidance about digital skills, “suggesting the higher education sector must up its game to deliver the high-quality experiences students deserve, and the skills they need to thrive,” according to Jisc.

Of the 20,575 students surveyed before and during the Covid-19 crisis, 60% rate the quality of support they receive to develop their digital skills as ‘good’, ‘excellent’ or ‘best imaginable’, but only a third (34%) agree their organisation provides the chance to assess their digital skills.

One fifth (21%) did not discuss their digital skills either during induction, during one-to-one sessions with tutors, in lectures and classes or with other students.

HERNDON, Va. & NEW YORK–(BUSINESS WIRE)–Strategic Education, Inc. (Strategic Education) (NASDAQ: STRA), the parent company of Strayer and Capella Universities, and Noodle Partners, which helps a growing network of colleges and universities use technology and shared services to lower costs while raising capacity and faculty-to-student engagement, announced today that they will join forces to provide employers with a seamless approach to administering tuition assistance benefits. The partnership is designed to ensure the effectiveness of such benefits and to give covered employees access to affordable, relevant education options from top public and private schools.

Using WorkforceEdge, a complete employee education management platform, employees can connect to a wide variety of online undergraduate and graduate programs in Noodle’s network of top public and private universities, and the affordable programs within Strategic Education’s portfolio, including Strayer University and Capella University. WorkforceEdge also serves as the portal for employers to administer and